Research and Analytics are More Important Than Ever Before

I’ve been involved in public opinion polling and research for 20 years and am a big believer in understanding where you stand in the public”s mind. When I was in the Clinton White House, we had polls in the field every week.  When I wanted to know what the biggest threat was during the campaign finance investigations following the 1996 elections, I knew within a week from our polling that the only theme that could do real damage to the President was if it were shown that foreign adversaries had funneled money illicitly to the campaign. That allowed me and my colleagues on the damage control team to spend our effort defending a much smaller field of play than if we had treated every allegation equally.

I don”t think I have ever seen a poll that didn”t contain at least one surprise, no matter what the organization, company or industry that has commissioned it.  And I firmly believe that the same is true with the revolution in on-line research and analytics that is now available. Knowing who your key audience is, what they think of you, and which messages compel : justin-bieber-news.info Bieber’s World Other highlights from the story:- The Canadian-born Bieber never plans on becoming an American citizen. them to take action is even more important when there are so many more ways for them to get information than even 15 years ago. 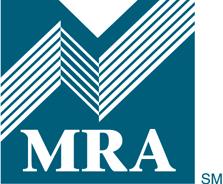 I have spent the last five years on the Advisory Board of the Marketing Research Association, the primary trade association representing the polling firms, focus group facilities, and the range of other industry suppliers. The Advisory Board has been sounding the alarm for some time that the industry is under siege, not because clients don”t believe it is important, but because technology has made it more readily available without the expense of traditional phone banks and focus groups.

The reality is that traditional ways of conducting market research are becoming less effective. Take traditional land lines. The only way that pollsters can reach target audiences when conducting telephone interviews. Changing demographics mean that fewer and fewer people actually own land lines at home, relying instead on their personal cell phones which are off-limits to polling firms. So by definition a traditional phone bank will not be able to reach a significant part of the population. And while the traditional methods still return a more statistically valid result with a smaller margin of error, the price of those results may be higher than their ultimate value to a company or organization.

Indeed, analytical tools as simple of those provided by Google offer a wealth of market intelligence even though the margin of error may not be as small as traditional phone banking. More sophisticated tools, like those provided by Adobe”s Omniture services, can parse through huge volumes of web traffic, for example, to provide valuable insights into who is coming to your web site and what they are doing there. Successful companies will take advantage of these analytical resources to understand their target audiences, leveraging technology for the best value and greatest insight.