Maximus Acquisition of Acentia Leaves Me a Little Teary Eyed

When it was announced that Reston-based Maximus Inc. signed a definitive agreement to buy Acentia for $300 million, I must admit I got a little teary eyed.

Acentia (formerly called ITSolutions) selected Bluetext following a very competitive search to do a full rebranding effort, from name to logo to corporate identity to messaging to website to videos to launch, etc.

Todd’s challenge was hefty – he had to unify a brand across nine diverse companies (not an uncommon issue in Federal Contracting) to create a brand that would enable his company to be acquisitive and get in the game as a mid-size contractor.

This was one of our first major rebranding assignments since founding Bluetext and turned out to be an incredible project for us, working with Todd Stottlemyer and his entire management team.

If you have ever had a chance to work with Todd, his passion and commitment to excellence are second to none, and he pushed us to create work which we are still proud of today.

We spent weeks developing a name and message that not only was powerful but truly reflected the focus on his people. When the tagline was selected, Essential to the Mission, it became a rallying cry that pulled together employees, created a sense of purpose for the company and its brand, and became the theme for the company’s first advertising campaign we developed which highlighted historic people like Jackie Robinson and Clara Barton who were essential to their mission.

As my partner Jason Siegel pointed out to me last night, this is first company we named as Bluetext that is now off the market. It is a great feeling for our entire team knowing that our efforts helped them achieve their goals. Here is a link to a testimonial from Todd following the successful rebrand effort – http://bluetext.com/acentia-ceo-todd-stottlemyer-on-bluetext/ 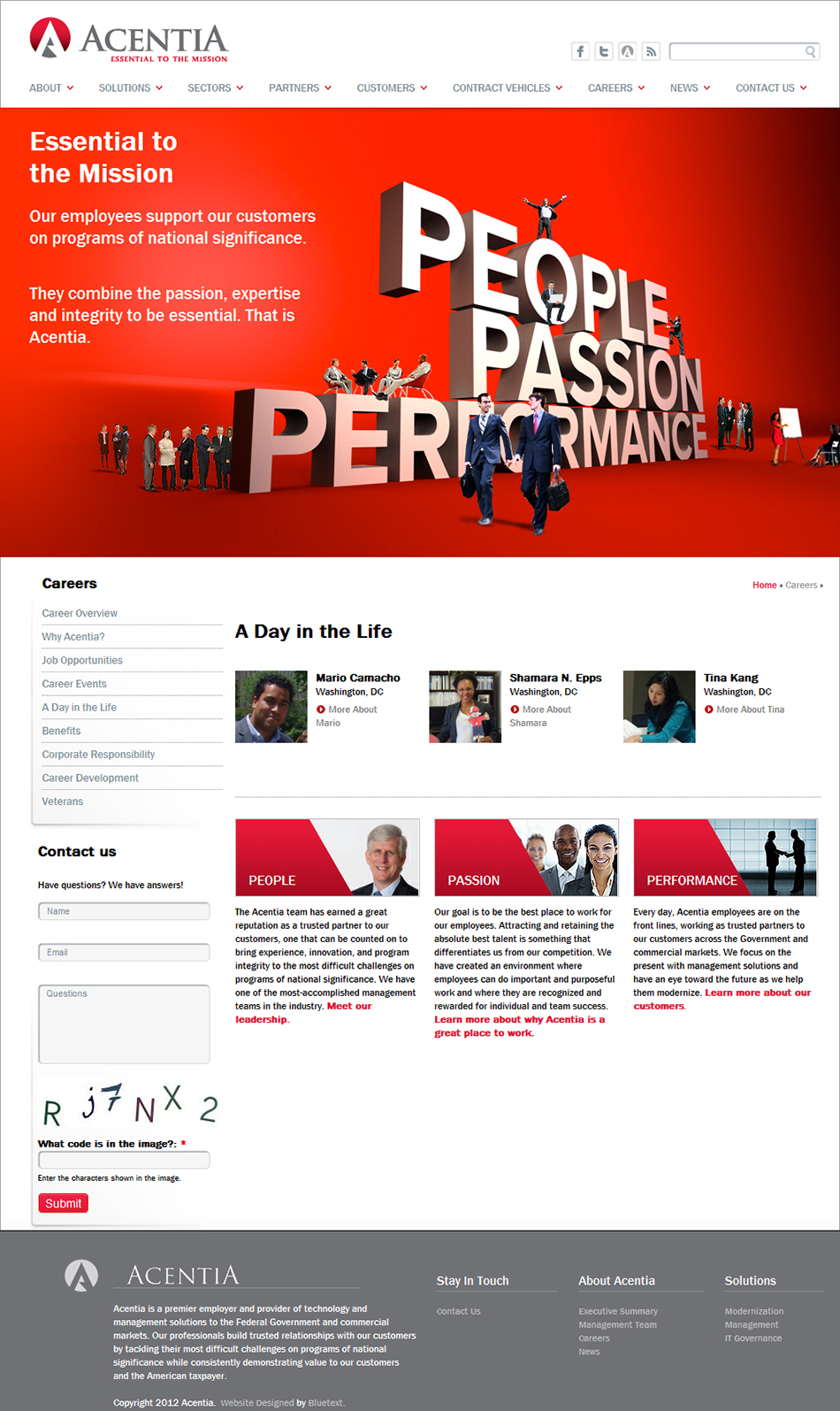 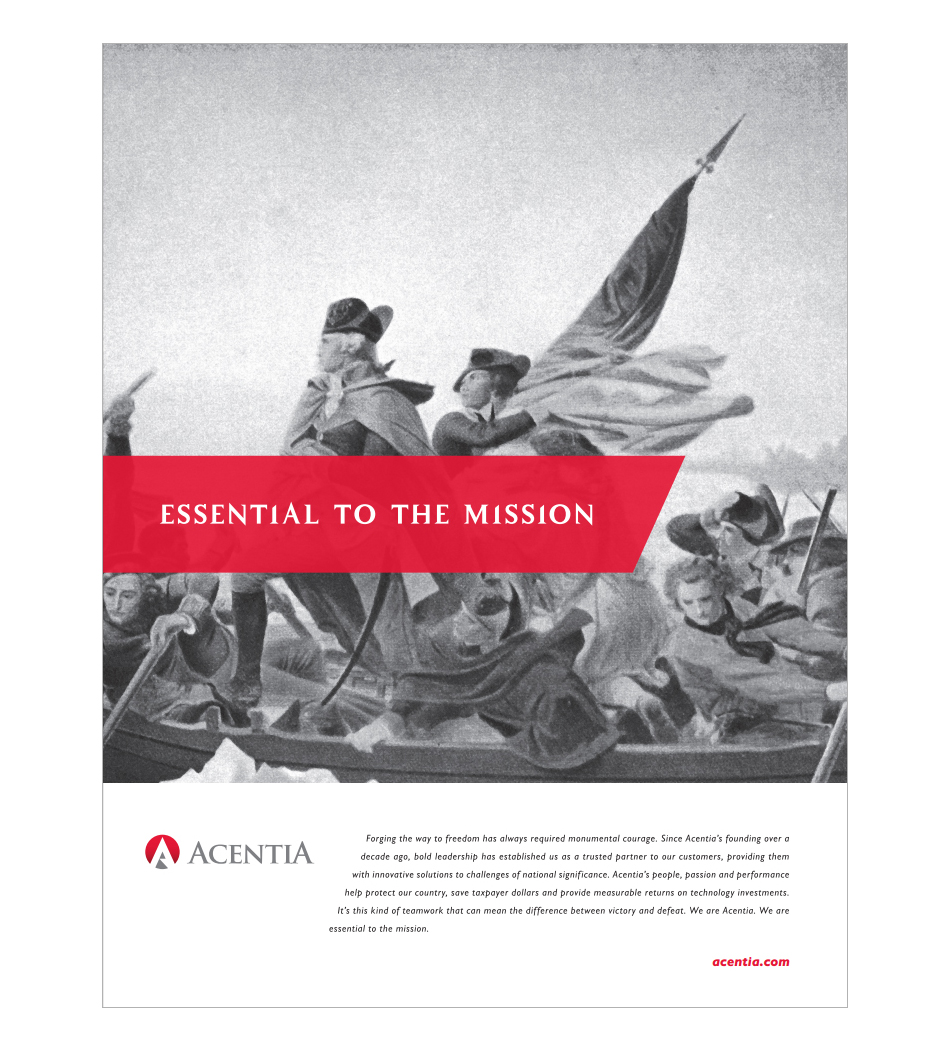